“The evidence in hand points to the urgent need
for a citizens’ investigation with grand jury powers.”
– U.S. Senator Mike Gravel
(D-Alaska, 1969-1981) 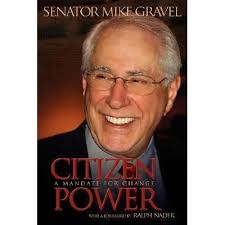 Editor’s Notes: Please note updated critical breaking news links, especially on Senator Mike Grave and Cynthia McKinney at the Massachusetts State House for the Inaugural announcement of the Massachusetts Ballot Initiative for a Citizens’ 9/11 Commission. Every action in this regard will take us a step closer to a real investigation by an actionable plan for direct democracy, justice, and for peace. Go to Valley 9-11 Truth for information on events with Mike Gravel in Northampton and Greenfield, Tuesday, 20 September, 2011. On Wednesday check out WHMP radio, which will have an interview with Senator Gravel on the The Bill Newman Show, which broadcasts from 9-10:00 AM. For more late breaking news, visit us on www.facebook.com/FlybyNews. Let’s break the mind barrier for peace and freedom, please support www.9-cc.org for a citizens 9/11 commission campaign.

9/11 Initiative Campaign – Senator Mike Gravel
Citizens 9/11 Commission
This is a new initiative that uses the prevailing ballot
box, to establish a truly independent commission to
pursue justice regarding the events of September 11.
An Actionable Plan for 9/11 Truth and Justice
Join with Flyby News and Valley 9/11 Truth
Download article and support the campaign!

The National Citizen’s Initiative for Democracy
is for citizens to make laws by ballot initiative.

“Congress will never mount a new 9/11 investigation—
I’ve tried that. Our courts and our district attorneys
won’t do it either; that, too, has been attempted un-
successfully. Only the citizens themselves can get
a real investigation. The best path remaining is
that which Senator Gravel has spent part of his
life working on: the citizens’ initiative.”

Without truth there can be no justice;
and without justice, there will be no peace.

You can write to the editor by email: – FlybyNews.com(at}gmail{dot)com–