Donald J. Trump is not the only one unsure of the ‘word’ of the CIA and other intelligence agencies. Flyby News has covered much on the assassination of President John F. Kennedy, and how that has affected truth, justice, and peace since.. as well as freedom. I may not agree on a lot of things with Donald Trump, but suspicion by a US President or President Elect about the ethics and word of such agencies is a first since the 1963 assassination.

On Democracy Now yesterday Glenn Greenwald made another astute observation, he said, “..Chuck Schumer went on The Rachel Maddow Show, and she asked him about this conflict between the CIA and Trump. And he said something incredibly important and very revealing. He said, “It is really stupid of Trump, just from a perspective of self-interest, to go to war with the intelligence community, because they have six different ways to Sunday to destroy you if you stand up to them,” which is something that people have known forever, that the deep state can destroy even politicians who are supposed to be more powerful than they are..”

I am glad Trump has his own security team and resisting the CIA.. But Trump is dangerous.. but more so is the GOP that wants to take over the administration.. (who I believe stole the election in key swing states by voter suppression and those stupid electronic machines.)

Julian Assange said the following in an interview that describes this shift into who knows what:

“Hillary Clinton’s election would have been a consolidation of power in the existing ruling class of the United States. Donald Trump is not a D.C. insider, he is part of the wealthy ruling elite of the United States, and he is gathering around him a spectrum of other rich people and several idiosyncratic personalities. They do not by themselves form an existing structure, so it is a weak structure which is displacing and destabilizing the pre-existing central power network within D.C. It is a new patronage structure which will evolve rapidly, but at the moment its looseness means there are opportunities for change in the United States: change for the worse and change for the better.”

What Impact Will Trump Presidency Have on
Freedom of Edward Snowden & Julian Assange? 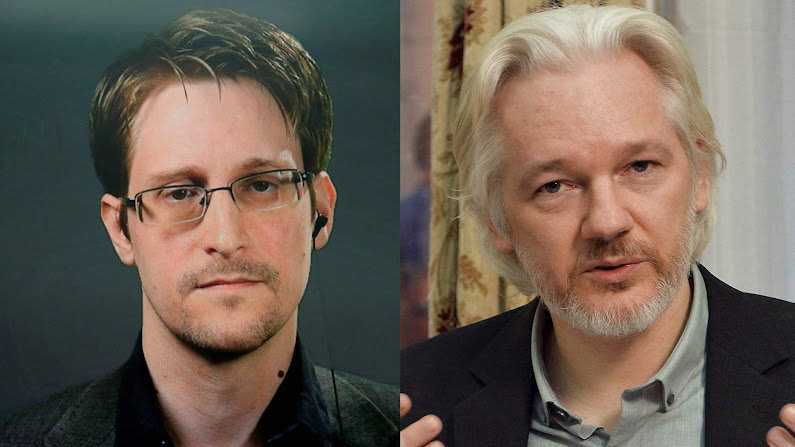 A glacier more than 80 times the size of Manhattan
is on the brink of splintering from Antarctica’s
Larsen C ice shelf and floating off into the ocean.

09 December, 2016 – Democracy Now!
Green Party’s Jill Stein on
Obstacles to Vote Recount:
“This is Not What Democracy Looks Like”

And don’t miss out on

Plus learn more to help: