TERROR on the RISE

Many are feeling the decline of our human civilization. We have become divided into two camps, neither one dealing with our collective reality. Yet all is unfolding into chaos, and violence, initiated from the top down. This makes us feel small, insignificant, and many make believe or thrust themselves into distraction or entertainment, while coming to a place perhaps questioning why are we here?

Will new paragraphs help resolve any issue traumatized by confusion where theories are rampant and facts barely noticeable? Truth is scary for those who want to make believe and maintain a set world view. What is, is, and is tough to swallow as one research events like JFK, 9-11, weapons in space; deceptions become visible without even looking for them.

While the end of our life is certain, humanity’s acceleration toward premature extinction (happening to more than to just our own species) is disgraceful. Have we gone that far berserk? It seems intolerable to enable a few bad apples to turn truth into political maneuvering, where one side denies creating lies, and the other is a master of them.

It would have been helpful if President Trump in 2017 released the government’s research files on the assassination of President Kennedy. People will often either make excuses for Trump or just do not care. President Trump’s rhetoric of there being fake news is real, but the cover-up of the events of September 11, 2001 continue, as well as the JFK U.S. intel-military coup, and the manned moon landing military psychological operation that has overridden truth in space.

Fear, major deceptions, and TV, have destroyed critical thinking for many. It is easier to manipulate people by ridicule and distraction than to admit and to learn from our own mistakes. What is true is that we can not accomplish those manned lunar missions today, and positively no way with 1960’s technologies. Cognitive dissonance, denial, and avoiding truth has become a way of life. Reality has taken a back seat.

Yet not knowing what may come about leaves open all sorts of possibilities. Uniting with truth, knowing there is truth, brings us closer to the essence of our being. There is so much more that unites us than divides us. Are we controlled by our fears, or willing to look into sad truths that will help liberate us in the end? 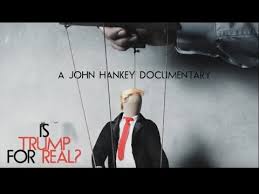 23 October, 2018 – Democracy Now – Rula Jebreal
My “Secret Interview” with Jamal Khashoggi
Before His Brutal Murder by the Saudis

A psy-op usually occurs when the media and both parties are involved, like what happened on 9-11, JFK’s assassination, fake moon landings, and bailed out banks with support for the military industrial complex over life itself.

I know people who had voted for Donald Trump in 2016 because he said he would expose the cover-up and truth of what happened in 2001. Independents thought he might release the JFK files. Some thought he would stop wars though Iran became a target, Israel, UAE, Saudi Arabia were armed to the maximum for more oil wars with Treaties being broken and pushing Iran to the brink to respond to dirty tricks and sanctions.

Many were misled by disinformation campaigns to believe what humans do to the environment does not matter – that climate change is fake and not connected to humankind’s use of fossil fuels. Still, chemtrails continue, and warp speed for the dirty experimental technologies called vaccinations have brought us to where we are now.

Half truths are killing us and forcing us to be divided and conquered. This was the role of Trump, but he did want more as Republicans are scared of democracy as the numbers of voters increased and people demanded more fairness for all. The GOP would rather have authoritarian rule than enable one person one vote.

This is also true of the DNC who want to maintain its oligarchy puppeteers as well. They claim the 9-11 commission found the truth about what really happened, which is really another big lie. Such lies enable the GOP to look like they want to take the high ground with their followers lost, too. The U.S. never attained a democracy, but was slowly approaching it.. And this fight between the DNC and GOP continues to divide and conquer we, the people.

Let us not pick sides. Don’t we know what happened January 6th? This was not a traditional psy-op with both Parties involved. This was an attempt for a dictatorship. Even before the vote Trump pushed hard to claim that either he wins or the election would be fraudulent. This is like flipping a coin and saying, heads I win, tails, you lose. And non-critical thinking people want to believe him without any real evidence to back it up. They want chaos and division; some want race wars.. but will 9-11 or the JFK 1963 coup d’etat be exposed? No.. it will be the same cover-up on those issues as there is now, but more fascism, more money for corruption and big oil.

We are in a bind in this divided time of half-truths misleading us all.. Any ideas of what we can do to counteract such a direction as we are now headed? Is not the 20th anniversary of 9-11 coming up be possibly a time to raise greater awareness. What can we do together for truth to set us free?

Where forth art thou?

Dimension peruse over the other bend

understanding where we have been

lost all the same.

For other Countries get it from Massimo’s site. 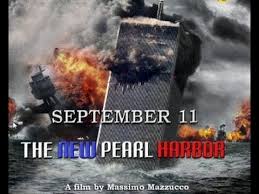 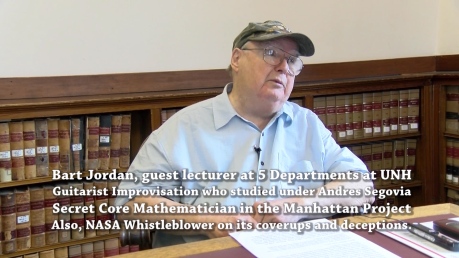 7 Responses to TERROR on the RISE