A look inside Phobos and Deimos: the moons of Mars

A look inside Phobos and Deimos: the moons of Mars

Asaph Hall, a Naval Observatory astronomer, discovered the two Martian moons in 1877. He named them after the “moonsteed” sons of the Greek war god Ares (Mars): Phobos (Fear) and Deimos (Panic). Their sister Harmonia, was the goddess of music and represented harmony in all things – especially numbers. Full examination of the principal numbers associated with the distances, the dimensions, and the revolutions of the two moons would show that there is more than a natural harmony throughout.

What if the two moons of Mars were placed in orbit many moons ago? This is what the evidence suggests. To ascertain this, we have to delve into those measures which would be communicated via the mile, the kilometer, and the 24-hour clock – all of which we mistakenly take to be modern, not ancient.

Russian radio astronomer, I.S. Shklovskii, in his and Carl Sagan’s book, Intelligent Life in the Universe theorizes, “The ideas that the moons of Mars are artificial satellites may seem fantastic, at first glance. In my opinion, however, it merits serious consideration. A technical civilization substantially in advance of our own would certainly be capable of constructing and launching massive satellites.”

Commenting on the above, Carl Sagan said, “Conceivably, the capture and hallowing of a small asteroid may be technically more feasible than the construction in orbit of an artificial satellite with materials brought from the surface.” I concur, ad here is why. It has to do with the number 2277 and much beyond.

The dimensions of the Martian moons were unknown and could not be determined by telescope from Earth. Nonetheless, in 1944, at age 7, I gave my triaxial measures for Phobos and Deimos as an expression of my harmonious number 521746.251746 squared or 272219151211. The extrapolated numbers were and are 27 long, 22 wide and 19 deep kilometers for Phobos and 15 long, 12 wide, and 11 deep kilometers for Deimos. These measures had to await confirmation by NASA spacecraft. According to the Viking orbiters, I got six measures out of six right.

I have been asked repeatedly how I came to my harmonious number and what evidence I used to settle upon the six figures. To answer the question, I must ask patience of the reader. It requires going into the specific math I used to solve the problem.

Note 47 (atomic number of silver, sacred to the moon). My harmonious number had to be 521746.251746 squared or 272219151211. Although Encyclopedia Britannica published my mile-kilometer measures for the distances from the satellites to the center of Mars, it chose not to publish my dimensions for the two moons, fearing the measures were too large.

Let us move on now and examine the exact method I used to determine the distances between the moons and Mar’s center. It is important to note from the outset that the method involves almost exclusively in viewpoint of Earth, not Mars. Again, I must ask the patience of the reader. The material is easy to understand but a bit tedious in the telling. We will proceed slowly but surely toward the conclusion as to why I chose the particular measures I did for the dimensions of the two moons.

From the viewpoint of Mars, Phobos rises in the West and sets in the East with an apparent revolution of 11 hours. The number 11 was very important to ancient cultures. It constituted the number of semitones before the 12th tone which was the octave. It still does. If the hand of Man were in it, a number of choice is 11. It had unique symmetry, reading identically west to east or east to west: 11, 121, 1331, 14641.

Editor’s note: Part 2 of this Le Mot Juste will run in next week’s edition

[Flyby News currently does not have Part 2 in our possession, but we will work on getting it, if possible.]

Bart Jordan’s article, “The Moons of Mars,” published by QUEST For Knowledge (a British science publication) in 1997, was excerpted from his paper of 1944 and provided mathematical evidence that the moons of Mars were placed into orbit by a pre-ice age advanced civilization. Jordan also predicted the fifth moon of Uranus, which was known to the Homeric Greeks as Harmonia, and gave these calculations to Dr. Gerard Kuiper, who then identified the moon in 1948 (which he called Miranda after a heroine of Shakespeare). This moon renamed Miranda has a very interesting mark on its surface, which was witnessed by NASA’s Voyager 2 space mission, guided by Jordan. Check out this photo from NASA of a “chevron”. It looks like a big number 7, with new and old terrain. 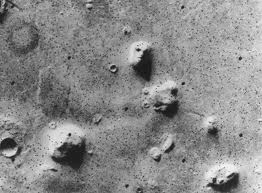 2 Responses to A look inside Phobos and Deimos: the moons of Mars