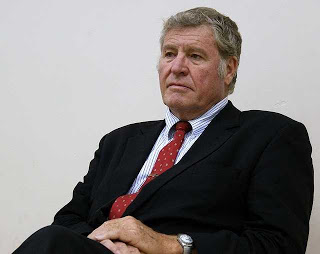 Editor’s Notes: Bob Bowman took the high road; even as an US Air Force combat fighter pilot, he reached for the heavens.. and went through its deep dark shadow and secrets. He became a whistleblower after directing the star wars program when it was still a secret, under Presidents Ford and Carter’s administrations. He became a whistleblower at the request of many of his colleagues, because under Reagan there were false claims about the weapon being used defensively. But since he was retired, he had a right and responsibility to speak up. And this phase of his life, it seemed to be a new beginning, one of deeper truth and awareness. He became, above all else, a truth teller, one who would go down rather than permit the evils of deception ‘taint the truth’ no matter the odds against him.

Please note that Dr. Bob Bowman will be receiving
a full military burial at Arlington National Cemetery
in Washington, DC at a later date.

In April, 2010 I was honored to have him sit down with me for an interview at Greenfield Community Television. We met initially in Boston during the original recapturing of the tea party in rebellion against the government. This was proposed by by Barbara Honegger for the 9-11 truth movement. Following events inside and outside Faneuil Hall, we took crates of what looked like 9/11 Commission Report books and threw them into the harbor. It was here I came face to face with a former military leader for 9-11 truth. Dr. Bowman didn’t think much of all the hoopla surrounding the Cassini (72.3 pounds of Plutonium radiation on board), launch in 1997. But, he got to appreciate my focus on the high-risk 1999 Cassini-Earth flyby of Earth and why it pointed in the direction for the military take over of space. Yet it was 9-11-2001 truth that really brought us together. I am still feeling the news of what I see as a transition, a part of the great mystery, but still, a presence, within..

This following is from Dr. Bowman web site – thePatriots.us

Dr. Robert M. Bowman, Lt. Col., USAF, ret. is President of the Institute for Space and Security Studies, Executive Vice President of Millennium III Corporation, and retired Presiding Archbishop of the United Catholic Church. The recipient of the Eisenhower Medal, the George F. Kennan Peace Prize, the President’s Medal of Veterans for Peace, the Republic Aviation Airpower Award, the Society of American Military Engineers’ ROTC Medal of Merit (twice), the Air Medal with five oak leaf clusters, the Meritorious Service Medal, and numerous other awards, he is one of the country’s foremost authorities on national security.

Colonel Bowman flew 101 combat missions as a fighter pilot in Vietnam and directed all the DoD “Star Wars” programs under presidents Ford and Carter. He has been an executive in both government and industry, and has chaired 8 major international conferences. Professor Bowman taught at 5 colleges and universities, serving as Department Head and Assistant Dean. His Ph.D. is in Aeronautics and Nuclear Engineering from Caltech. He has lectured at the National War College, the United Nations, Congressional Caucuses, the Academies of Science of six nations, and the House of Lords.

Dr. Bob Bowman ran for President in the Reform Party in 2000 and was the Democratic candidate for the US Congress from the 15 th Congressional District of Florida in 2006. Bob and his wife of 51 years, Maggie, have 7 children and 21 grandchildren.

Member: Political Leaders for 9/11 Truth Association Statement: “Scholars and professionals with various kinds of expertise—including architects, engineers, firefighters, intelligence officers, lawyers, medical professionals, military officers, philosophers, religious leaders, physical scientists, and pilots—have spoken out about radical discrepancies between the official account of the 9/11 attacks and what they, as independent researchers, have learned. They have established beyond any reasonable doubt that the official account of 9/11 is false and that, therefore, the official “investigations” have really been cover-up operations.

Thus far, however, there has been no response from political leaders in Washington or, for that matter, in other capitals around the world. Our organization, Political Leaders for 9/11 Truth, has been formed to help bring about such a response.

We believe that the truth about 9/11 needs to be exposed now—not in 50 years as a footnote in the history books—so the policies that have been based on the Bush-Cheney administration’s interpretation of the 9/11 attacks can be changed.

We are, therefore, calling for a new, independent investigation of 9/11 that takes account of evidence that has been documented by independent researchers but thus far ignored by governments and the mainstream media.”

Video 9/11/04: “A lot of these pieces of information, taken together, prove that the official story, the official conspiracy theory of 9/11 is a bunch of hogwash. It’s impossible. … There’s a second group of facts having to do with the cover up. … Taken together these things prove that high levels of our government don’t want us to know what happened and who’s responsible.…

Who gained from 9/11? Who covered up crucial information about 9/11? And who put out the patently false stories about 9/11 in the first place? When you take those three things together, I think the case is pretty clear that it’s highly placed individuals in the administration with all roads passing through Dick Cheney.

I think the very kindest thing that we can say about George W. Bush and all the people in the U.S. Government that have been involved in this massive cover-up, the very kindest thing we can say is that they were aware of impending attacks and let them happen. Now some people will say that’s much too kind, however even that is high treason and conspiracy to commit murder.” http://video.google.com/videoplay?docid=-6900065571556128674

Signatory: Petition requesting a reinvestigation of 9/11:

“We want truthful answers to question. … As Americans of conscience, we ask for four things:
An immediate investigation by New York Attorney General Eliot Spitzer
Immediate investigation in Congressional Hearings.
Media attention to scrutinize and investigate the evidence.
The formation of a truly independent citizens-based inquiry.” http://www.911truth.org/article

Member: http://pilotsfor911truth.org/ Pilots for 9/11 Truth Association Statement: “Pilots for 9/11 Truth is an organization of aviation professionals and pilots throughout the globe that have gathered together for one purpose. We are committed to seeking the truth surrounding the events of the 11th of September 2001. Our main focus concentrates on the four flights, maneuvers performed and the reported pilots. We do not offer theory or point blame. However, we are focused on determining the truth of that fateful day since the United States Government doesn’t seem to be very forthcoming with answers.”

“..As a pilot who flew 101 combat missions in Vietnam, I can tell you that the best thing our government can do for its combat veterans is to quit making more of them. Peace is patriotic; a preemptive war is immoral, illegal, unconstitutional, a war crime, and TREASON. I swore to uphold the Constitution of the United States against all enemies — foreign and domestic. That includes a renegade president. Wake up, America! It is time for George W. Bush, Dick Cheney, Donald Rumsfeld, and the whole oil mafia to be removed from office and indicted for TREASON.

We are the people. We are sovereign. We are the patriots. The whole world is with us. Never allow anyone to intimidate you into silence. Wake up, America! It’s time to speak truth to power. God bless America, and God save us from the traitors in our government. Thank you! 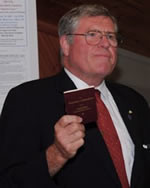 29 August, 2013 – DemocracyNow – Phyllis Bennis
As Strikes on Syria Loom, Is U.S. Ignoring
a Diplomatic Track That Could Prevent
More Violence?

“Deep within every one of us lies a natural
understanding of good and evil. That is why
one man can tell the truth convincingly…
but it takes the entire apparatus of the
state to peddle a lie, and propagate
that lie to new generations.”

“There are only two mistakes
one can make along the road to truth:
Not going all the way, and not starting.” 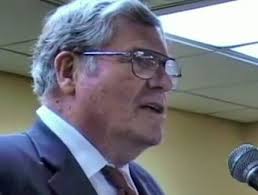 Bob Bowman will always be an

Fair Use Policy that describes use of copyrighted material is at FlybyNews.com.
Feedback for story suggestions and networking Flyby News is appreciated.
You can write to the editor by email: – noflyby @ yahoo{dot)com