Note: The following poem, abomination obama nation was written on 02 December, 2009. It was inspired by the mounting frustration about to boil over from listening to President Obama’s expand the war speech at West Point the night before. Now in 2013 Obama prepares to bomb Syria that will support no one but a plan for world chaos, domination, exploitation, and ruin. To understand the philosophy of such evil, I suggest watching this chapter of a youtube video of Barbara Honegger, Behind the Smoke Curtain.  The distorted heart rendering events of September 11, 2001 is again being used by Obama in his bid to escalate war and chaos in Syria.

I write this before one innocent person gets blown to bits in this latest threat to peace and stability. We really need a miracle to change course. Will the people rise up on the 50th anniversary of the coup d’etat assassination of President John F. Kennedy. That event laid the mold, and each president since has been controlled by the use of pseudo democracy to blind the people with fear, and events so huge and scary that few dare to look. Following poem are more resources on this big issue. Remember, the abomination is not Obama, but at this current time an Obama Nation. We are all in part responsible. Let’s respond this November 22nd for USA and to the to the republic for which it stood; one Nation indivisible with liberty and justice for all.

soldiers crawl under site – killing being killed,
and told that to justify such a decision
to invade and occupy 9/11 is implicated
into mind altering imagery, denial is its deadliest sound,
as people are told to trust untruth,
or we will and can kill you..
or better yet, don’t think of it.. live day to day..

i remember buildings falling like no other time..
i remember resistance to investigations and overt cover-up..
i remember non-existence of science in its manipulation,
government reports miss smoking gun evidence..
i remember anthrax sent to media and Democrats..
i remember seeing explosions, plumes over Baghdad,
heated depleted uranium pressing on populations
infiltrating generations destroying innocence forever.

the fool’s errand is to rescue the queen,
while we know nine eleven scorches truth within
usa sponsored terrorism, home grown, Able Danger,
or patsies as the mission goes dark and deep

from world war 2 to endless war, CIA,
smoke-screening kennedy killers with those bought to serve..
the devil doers.. sheeple sleep, and every so often
wolves raid the cavern dark and deep to control secrets..
but genocide on the way to abyss is not logical thinking..
while Shakespeare said it so simply,

“One touch of nature makes the whole world kin.”

where have we gone; and what have we forgotten? 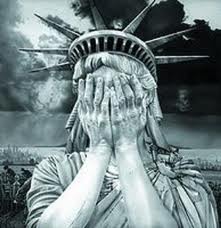 29 August, 2013 – DemocracyNow – Tariq Ali
Syria Debate: Does U.S. Have the Evidence and
Authority to Hit Assad for Alleged Chemical Attack?
28 August, 2013 – Phyllis Bennis
As Strikes on Syria Loom, Is U.S. Ignoring
a Diplomatic Track That Could Prevent
More Violence?

28 August, 2013 – Common Dreams – Norman Soloman
What the Assault on Whistleblowers
Has to Do With War on Syria

“Deep within every one of us lies a natural
understanding of good and evil. That is why
one man can tell the truth convincingly…
but it takes the entire apparatus of the
state to peddle a lie, and propagate
that lie to new generations.”

“The great enemy of the truth
is very often not the lie,
deliberate, contrived and dishonest,
but the myth, persistent, persuasive
and unrealistic.”

15 August, 2013 – Jeffersonian – Nick Anez
JFK and the Unspeakable: (A review)
Why He Died and Why It Matters
On the book by James W. Douglass

Dark Legacy
George Bush and the Murder of John Kennedy
“Provocative to say the least. Using materials familiar to researchers,
Dark Legacy makes a series of tantalizing connections between the rich
and powerful to suggest that Kennedy was brought down by a vast web of
powerful conservatives and that George H.W.Bush was close to all of them.
Hankey invites viewers not only to draw their own conclusions but also
to check out his sources.” — Kevin Thomas Los Angeles Times

22 November, 2013 – Greenfield Community Television – Studio
JFK 50th Anniversary and Commemoration
What did his assassination mean to you?

Potomac Books – 2005 – Joan Mellon
A Farewell to Justice
Jim Garrison, JFK’s Assassination, and
the Case That Should Have Changed History

“The Central Intelligence Agency owns everyone
of any significance in the major media.“

16 November, 2012 – Democracy Now – War and Peace
Oliver Stone on the Untold U.S. History
from the Atomic Age to Vietnam
to Obama’s Drone Wars

“If a Nation expects to be ignorant and free in a state
of civilization, it expects what never was and never
will be…. If we are to guard against ignorance and
remain free, it is the responsibility of
every American to be informed.”

“There are only two mistakes
one can make along the road to truth:
Not going all the way, and not starting.”

The views expressed herein are writers’ own and not necessarily of Flyby News.
Fair Use Policy that describes use of copyrighted material is at FlybyNews.com.
Feedback for story suggestions and networking Flyby News is appreciated.
You can write to the editor by email: – flybynews(at}hughes{dot)net–