Fear & Love where from here..

Fear and love come to mind to learn and for making decisions. In this day and age in a climactic suicidal death march, our and other species appear to be on the brink. Such a reality can reinforce our fears, but when facing them with love the darkness begins to shrink. Eventually we may welcome fear to find love to deal with such issues.

Truth will set us free.

.Connecting dots to democracy or genocide

“The worst of all deceptions is self-deception.”

“We must all learn to live together
as brothers or we will all perish together as fools.
We are tied together in the single garment of destiny,
caught in an inescapable network of mutuality. And
whatever affects one directly affects all indirectly.”
.

TERROR on the RISE

Is Trump for Real? 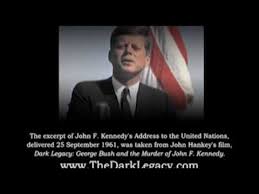 Excerpts from Speeches to UN and Media

In discussions with 3rd party supporters before the 2020 Elections, I shared the following comment: The big question is do we have a true democracy? And if we want to have a democracy we need to unite with a majority of people to demand our rights and get rid of the electoral college, one person one vote. We need a majority even in a corrupt voting system.. This was the reason why many rallied behind Sanders due to his potential to accomplish that..

However, in part due to non-progressive supporters like Senator Warren and the moderates, and the media making many people want to fear-react and go back.. Bernie dropped out to rally for a better of the two choices to save our republic from a dictator wannabe who is actively destroying our environment and life.. He chose this not for democracy in the present, but in using a pseudo democracy plutocracy to ultimately get to a democracy ASAP.

If or when you can show me a majority taking a faster approach to a democracy, I am open to that.. Or if Bernie would run in the Green Party.. Being flexible is good and understanding our objectives are the same, but in practical terms, we need to find out how to get there most expeditiously. As i approach my 70th decade at least I hope to see democracy in my lifetime, and our sustaining life rather than destroy it. It doesn’t look promising, so I am doing my best to stay in good health. Uniting is key and remaining true to nature and ourselves to preserve what is true and beautiful in life.  Inshallah!

In the dance of Love & Fear

Two sides of a coin can miss

what is within its oneness

where time and space don’t separate

what is and always will be in the totality of it.

Energy neither created or destroyed

It is what is relevant in life

in the womb of your heart

where we give birth to what we imagine

with faithfulness to see or at least feel,

and gently move into one or the other.

And from a human’s perspective I hope

we tug less toward fear to light’s awareness

where we see the truth in blessed Earth’s nature

as she is, and our part in harming or killing

her harmony in us, dying or resurrecting

death to light beyond here to everywhere.

Plus learn more to help:

More on fear, love, and CAIR:

5 Responses to Fear & Love where from here..